This article originally appears in Rolling Stone Magazine.  Do you agree with the handwriting expert quoted? 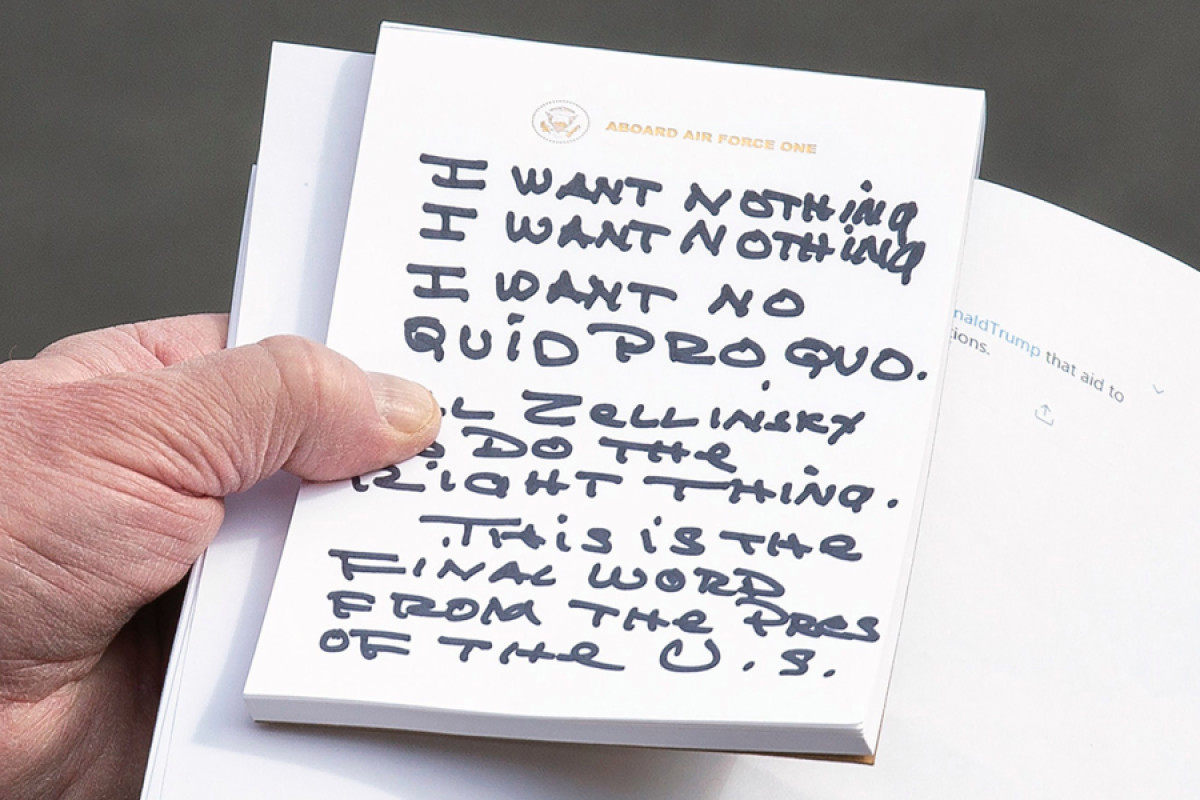 President Donald Trump’s “I want nothing” notes went  viral this past week — a sheet of paper scrawled with “I WANT NOTHING. I WANT NOTHING. I WANT NO QUID PRO QUO,” which Trump brought to this week’s impeachment hearings. While the notes don’t say all that much, the way the president wrote them apparently tells us a lot about his mindset, according to forensic handwriting examiner Sheila Lowe.

“Some of the Os have little stabby strokes coming into the middle, such as in ‘word,’” she tells Rolling Stone in an email. “This is a special area of communication in handwriting and should be clear. When there are such interferences, the usual interpretation is — wait for it — the sign of a liar.”

Lowe has been analyzing Trump’s handwriting since the early Nineties, she says, and notes that the president almost always uses a Sharpie, which “suggests someone who is attracted to the trappings of luxury but wants it without having to put in a lot of effort to obtain it.”

As for the large, blocky writing, Lowe attributes that to him being “someone who has a strong need for security and to be in control, to be looked up to.” The way the letters disconnect point to “someone who was unable to assimilate the difficulties he experienced in childhood, which leaves him open to life’s various adversities. He lacks good coping mechanisms and has trouble relating fully to himself and to others.”