Lincoln wrote the letter before becoming the nation’s 16th president.  What does his handwriting reveal?

Shortly after the presidential candidates name-dropped Abraham Lincoln in their Sunday night debate, historians have announced that a rare letter written by the man who would become our nation’s 16th president is for sale.

The date on the letter: Nov. 3, 1859, less than 2 years before Lincoln was elected commander in chief.

He wrote to a man named Peachy Quinn Harrison, who came from a Republican family in Pleasant Plains, Illinois, and stood trial for murdering a rival from a family of Democrats. Lincoln, a lawyer at the time, had joined the defense team, and Harrison was ultimately acquitted.

In his letter, written after the trial, Lincoln urged Harrison to get involved in the political process, and to use his youth to his advantage. 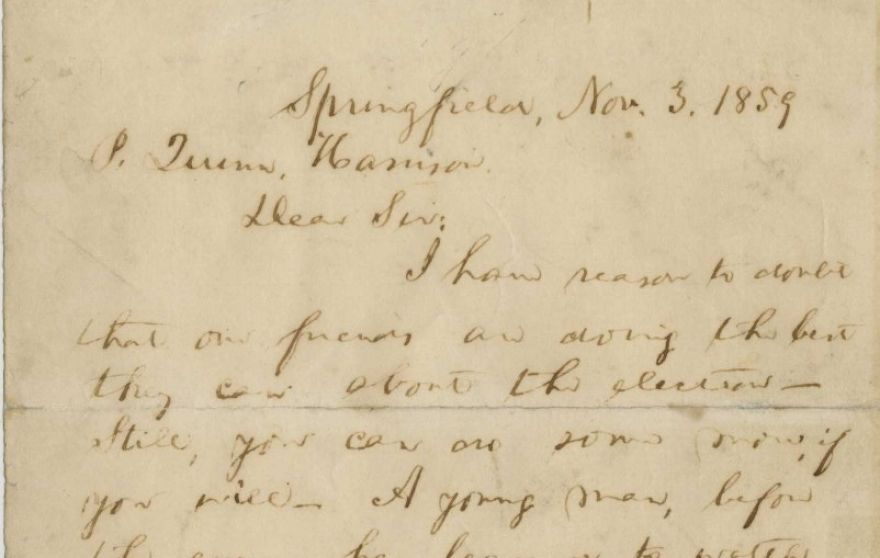