Professor of Graphology, Ben Ezeohagwu has said that graphology which is a science that studies handwritten documents is capable of revealing people with rape, terrorism and other social personality traits.

According to Ezeohagwu who is the chancellor, African American University, Porto-Novo, Republic of Benin, graphology would help to understand the mannerism of employers, employees, spouse and colleagues before engaging or going into any form of relationship with them.

“Each thought generated by an individual affects his or her behavior. Thoughts become material and concrete, and handwriting proves and reflects it.  It is a result of what occurs in the brain and movements are then controlled in posture and balance by the cerebellum, back brain or intuition.

“Thoughts that are nurtured by human beings cause certain chemical substances that provoke feelings and emotions to be generated.  However, each thought provokes a chemical reaction that corresponds to an emotion in the human body.”

“In this complex line of connections, millions of brain cells are activated and work together.  The impulses that activate the brain cells are electrochemical and convey the information that gets to the hand, with the order of handwriting movement on graphical space.”

“When a human being nurtures pure and noble thoughts of happiness, optimism, peacefulness, patience, diligence, generosity, resourcefulness, goodwill, intelligence, joy, and vitality, among other similar virtuous traits…. the human brain awakens and produces certain chemicals (endorphins, dopamine, etc) which cause similar virtuous traits to emerge and be effected in the handwriting and lead to the development of such virtues in the writer.”

Such he said, applies in the reverse, which leads “to feelings of anger, violence, hatred, murder, rape, envy, lust, avarice, jealousy and many other kindred human evil traits/vices and when such becomes habitual in a human being ,such a human being becomes rapist, terrorist, racist, bomber, kidnapper, and assassin.”

Specifically explaining how to identity rapists through their handwritten documents, he said. 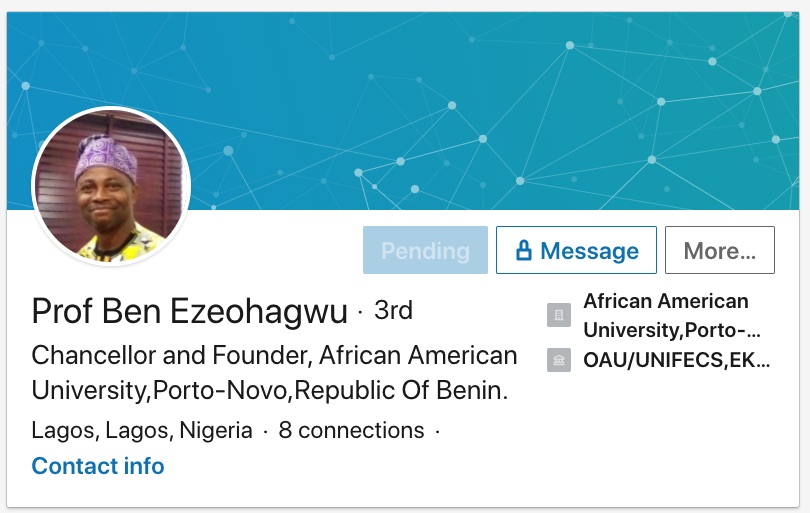 For the Sun News Online  by Romanus Okoye