Do you have any annoying personality traits?

We come across various kinds of people in our lives, maybe at work, at home or those who’ve been with us to school or college. We can differentiate and put them into various compartments in our heads, tagging them as cheerful, positive, kind, rude, or simply irritating. Have you ever sat and given it a thought as to what really makes these people so irritating? 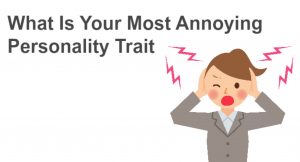 We need to realize that these people are not really born to irritate their co-existants on the planet. Seeing people around us just push away  people having horrible personality or character traits should not make you behave in a similar fashion. You as an analyst must have the capacity to look beyond, and find out the truth that lies within cover. These traits aren’t innate, they come from various influences such as family, friends, social circles, and odd situations and circumstances. The Science of Handwriting teaches you to specifically point out to the notable signs that make the person annoying. With therapy, you must work on those aspects of their personality which will make people draw towards them, and not run away from them.

These traits aren’t innate, they come from various influences such as family, friends, social circles, and odd situations and circumstances. The Science of Handwriting teaches you to specifically point out to the notable signs that make the person annoying. With therapy, you must work on those aspects of their personality which will make people draw towards them, and not run away from them. 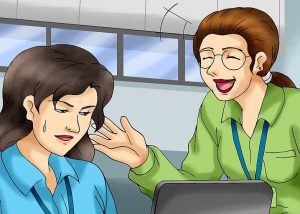 We all have had that type of a co-worker who would critique your font size on email, who would suck at a poker table but still boss around at the workplace. He would point your absence as a reason for non-completion of his task. At such times, if you’d like to render any help, you need to first identify the crux of the matter.

Here are some ways in which you could spot irritating personality traits in handwriting samples of people around you, or even of your own-self!

If you are one of those suffering from Irritating Personality Disorder, you first need to make sure you shed off the excess emotional baggage that you’ve been carrying. If others perceive you to be irritating which you are probably not aware of, its time to peep into your handwriting to figure out the exact before making erroneous assumptions. 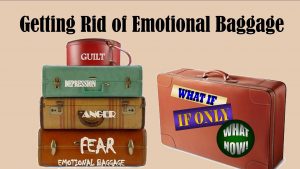 Your emotional baggage is weighing others down! If you are individually always carrying on some weight from the past, you may not even be realizing how you’re pushing people away from you. For you to see what others see of you, handwriting psychologists can help you to mirror yourself and thus make some critical revelations which you aren’t probably mindful of.  Through grapho-therapy, they could also help you get rid of the emotional baggage that you might be carrying. 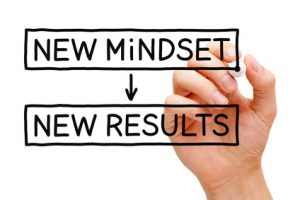 An analysis of your own handwriting might help you learn to lighten up. Modern handwriting analysis can be used like a mirror to reveal to you what others already see. This luggage that you’re tagging on to might be the reason why people are probably wanting to run away from you. If you pick your tools and start working on yourself at the right time, you can have a trained mind which will alter its subconscious drives saving you from destructive patterns.

Many times people are not looking for real relationships; they are just looking for a porter to carry their luggage. Not realizing how their baggage would soon weigh down those shoulders they pick to cry on. At this point in the civilization, we need to realize that finding someone to share the burden with is not the solution to the problem. In the gamble, you’re also ruining the relationship between yourself and your potential soul-mate.

If you release your baggage off by yourself, you’ll experience how much fun it is to travel light. Some deep-rooted scars cause people to create a sort of resentment towards you unconsciously.

Irritating people have an annoying recipe- they mix 1 part hard work with 3 parts complaining. So if you have an irritating co-worker, he will complain of a task being assigned, he will begin the work and complain throughout the assignment and would continue complaining even long after the assignment is over. The pattern thus goes as such: with a before/during/after triple-whammy of complaining, the irritating co-worker is somehow able to get work done while simultaneously being annoying. The roots of this form of irritation can be traced by evaluating handwriting.

If you write like you’re carrying a lot of weight on yourself, pressing heavily on the paper, you are most likely to hold grudges against people. We can’t call it a bad trait completely, as we being analysts need to decipher and balance the pros and cons of all traits. Another notable characteristic of heavy writers is that they are deep individuals- call them passionate lovers and long-term goal achievers.

People with strong determination and heavy handwriting are also likely to hold on to things, refusing to just let go. This can be seen in the t-bars which sprout out like little fishing hooks at the endpoints. 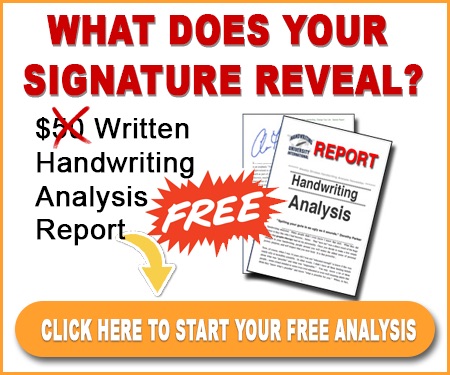 Resentment is another trait that makes people act like total jerks and stir up trouble for no good reason.  Well, they have a reason, but it is all in their mind (and in their own troubled past).

It can be seen through initial strokes of your lowercase letters. If the initial strokes show rigidity, are straight like a standing-stick, leaning into the next letter. The position of these strokes on paper determine the length in time of the root cause of resentment.

Talking too much could also be a put off for some people. To know if that’s the reason why people are changing the route on sighting you, you need to look at your lower case o’s and cursive a’s.

A top opening indicates talkativeness, now whether this trait is good or bad, depends upon what the person blurts out when he/she opens mouth. They could be interesting knowledge exchange sessions, or at times just the personal baggage, which is heavily annoying.

If they are TALKATIVE and SARCASTIC… now they can be vicious. 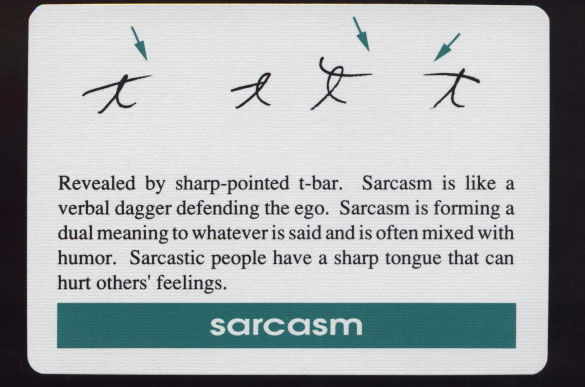 A truly gifted irritating person will not only fail to listen to you and then say your own thoughts back to you but will keep repeating themselves time and again – beating you over the head at your own argument.

Dominant or Domineering can be totally annoying if you don’t like to be told what to do; 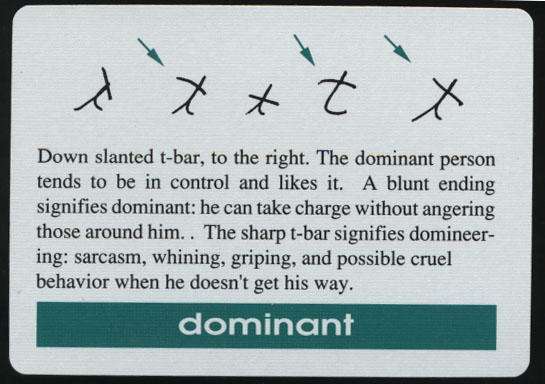 The perfectionist can be annoying if you do NOT share the value of organization, control, discipline and a clean countertop.   If you have this trait, you will love these people. 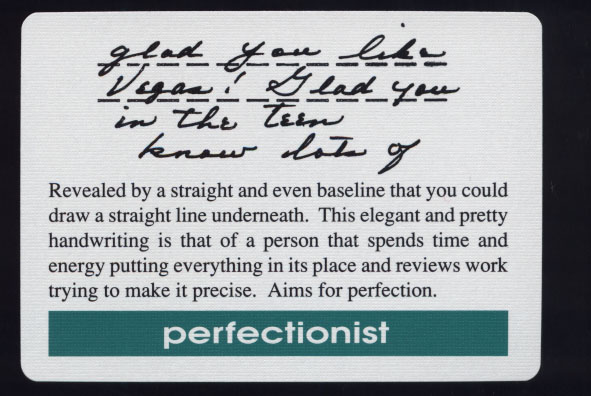 If you do not have this trait, these people will seem like neurotic control freaks. Which one are you?

If your handwriting showcases any of the above-mentioned traits, you are unconsciously portraying yourself to be ‘irritating’, but worry not as most of these traits show up due to previous emotional scarring. This can be well worked upon by Handwriting Analysts at Handwriting University International, by bringing about changes in your writing, which will change your life for good.

Want to learn more. Check out our live webinar series going on this week.

To learn more about this concept, attend one of our upcoming webinars and learn how to analyze handwriting for free.

Previous Post: The Truth About Liars and People Who Keep Too Many Secrets
Next Post: Priyanka Chopra’s handwriting reveals determination and enthusiasm and Raghuram Rajan’s shows fluidity in thought and action: Aditi Surana